Introduction to – Still Life in Jersey

For our second project the subject is a shelf, two fruit like bookends and a selection of books. Be assured – the location remains in Jersey. There is something definite and precise about a still life subject which I feel promotes a more exacting study. This should brung about careful observation. Looking hard at the subject is certain to ameliorate better results.
What does that mean? 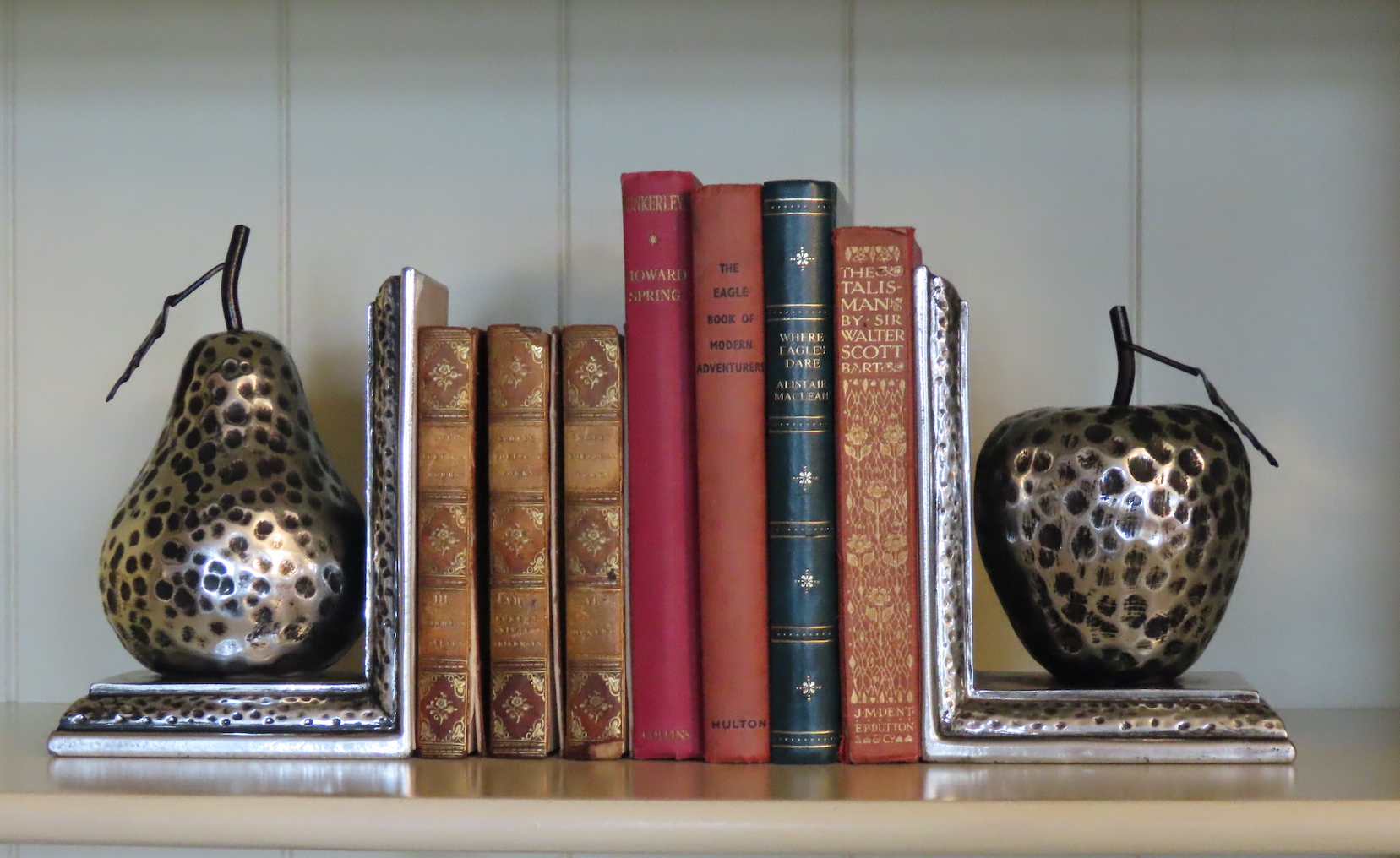 Treat the book shelf as horizontal, whilst making the books and book ends vertical – a good starting point.
Note we are facing the right bookend, meaning we do not see the edge of this object. Our eye level is also above the line of the bookshelf. meaning we see the top of certain objects – eg. the bookend’s base.
Looking across the shelf to the left we gradually see a little of the side of each object – the further to the left, the more of the side we see. These are just a couple of pointers.
Cropping the composition is an option. Another idea is to place the arrangement ‘off centre’ by allowing a variation either side between the bookend and the edge of the paper.

For this exercise, my starting point would be less controlled than the series of washes we began with last time.
Before we begin, do consider using a masking fluid to define any highlights or in this case a ‘sparkle’, such as in the fruit shaped bookends and light on the spine of the books. Note also the reflections as seen beneath the objects along the bookshelf. The sharpness and purity of white paper against colour can play an influencing role within a painting. There is further information about the process of masking in the short video above.

First a little more on the masking process.
Now we turn to colour. You do have the opportunity to introduce you own selection of colour.
If you prefer your own colour choice, do consider the colour of the blue book. On the photograph this does stand out strongly. The blue is Ultramarine -ish, which is set against it’s complimentary of orangey / brown creates quite a visual and exciting impact – something to embrace or play down?

White is an option – either a watercolour white, something like Titanium White and or a gouache white, say Permanent White. Traditionally we would tint (lighten) our colour by introducing more water. Here some of the off whites or colour tints are quite opaque, eg. on the bookends – you may require the flexibility given by a white paint to bring about these effects.

Moving on with the painting

Chardin painted portraits, interior scenes as well as still life subjects. Although he ended his life in almost obscurity, his legacy had a profound influence on many artists that followed. A series of articles about his work was published in the early 1860’s which re-introduced him and his work to Parisian artists of the day. It is suggested that Manet’s still life work was influenced by Chardin and the way he subtley and effectively used  light. Paul Cézanne praised his work in pastel – a medium he turned to later in life. Henri Matisse called him his favourite painter.

His worked on still life is poignant to this exercise, notably because he often arranged his subjects along a shelf or table edge – very similar to our subject. Even with everyday kitchen objects, he beautifully arranged the composition. Using colour he achieved harmony to diverse paraphernalia, whilst allowing the impact of delicate light to emphasise often robust articles. Chardin’s ambition was to paint nature as it was – his success remains for us to enjoy. It is worth a look on line to see examples of his still life paintings.  Examples can be found on the National Gallery London and The Louvre websites.

A letter written soon after his death was sent by a friend to the person who was to give the eulogy at Chardin’s funeral service. One paragraph read:-
One day, an artist was making a big show of the method he used to purify and perfect his colours. Monsieur Chardin, impatient with so much idle chatter, said to the artist, “But who told you that one paints with colours?” “With what then?” the astonished artist asked. “One uses colours,” replied Chardin, “but one paints with feeling.” 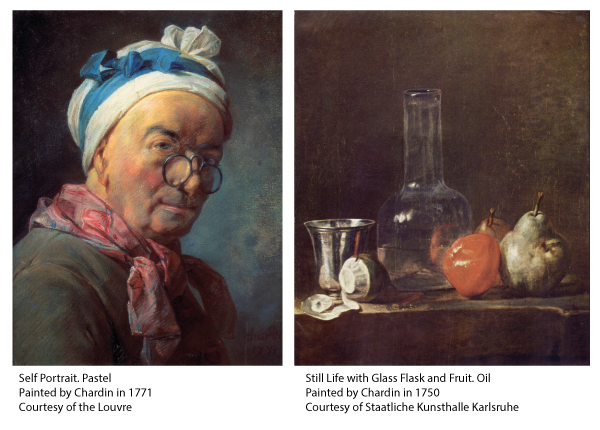 Hopefully this new way of presenting our watercolour sessions will be more user friendly. I know that one or two have had problems accessing the videos, fingers crossed that this system will make all easier.
There is an email button right end the end of the presentation, so please use this for any queries or indeed feedback, which is always helpful.
Needless to say it would be good if we could all see your work, as before a photo can be sent attached to an email. With the web based presentation your work can be posted on the site once it has been receieved, so it might be worth a look from time to time. No pressure on time – the next project will be introduced in due course. The website will maintian a page for each of our sessions, which will allow you to look back. 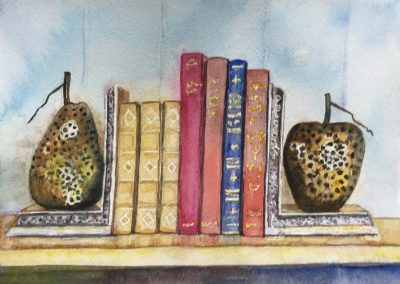 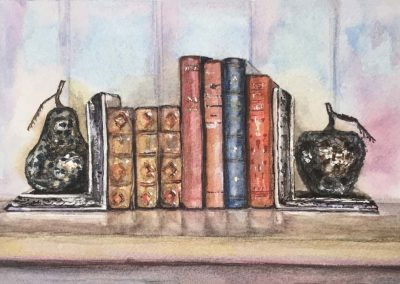 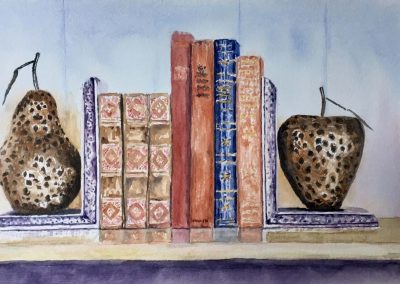 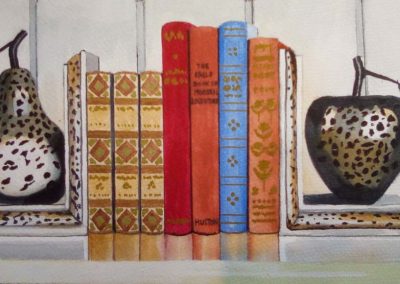 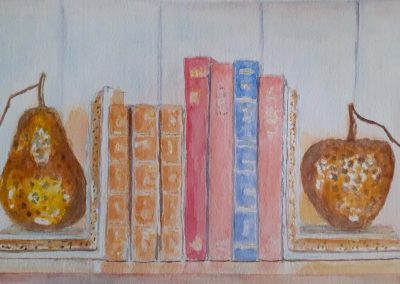 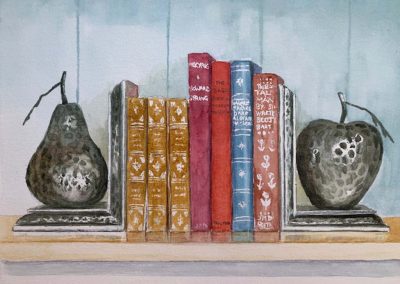 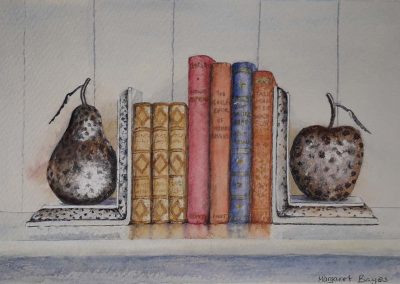 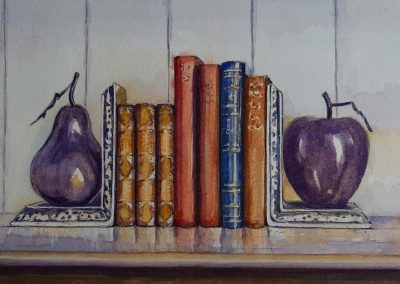 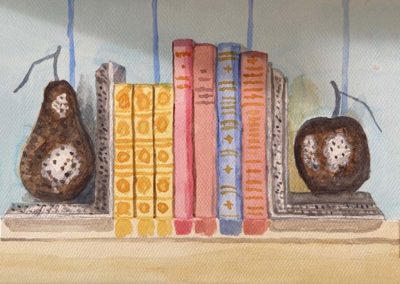 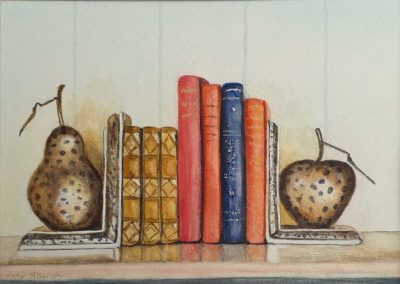 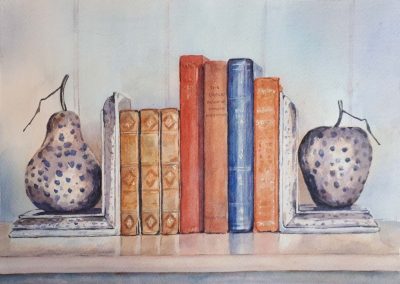 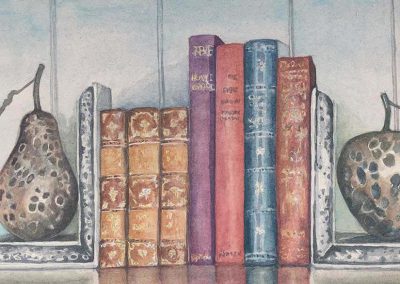 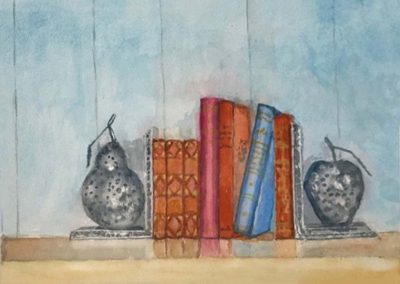 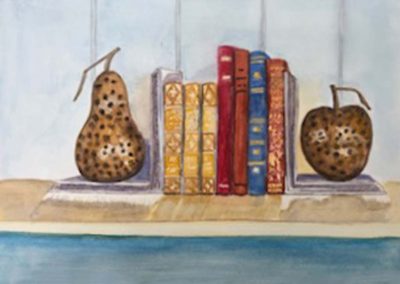 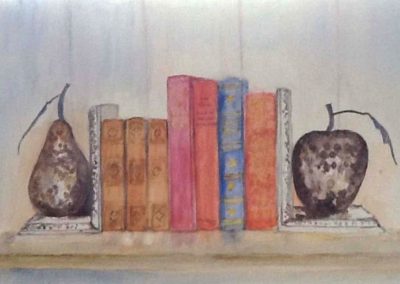 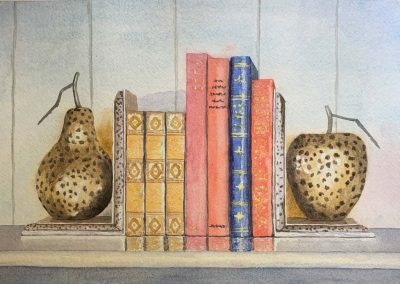 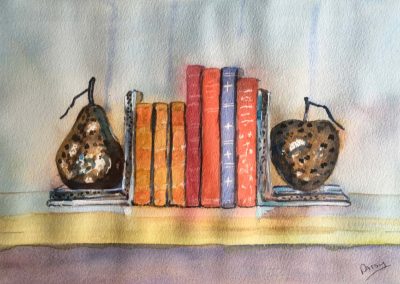 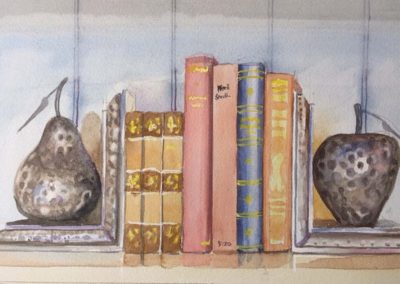 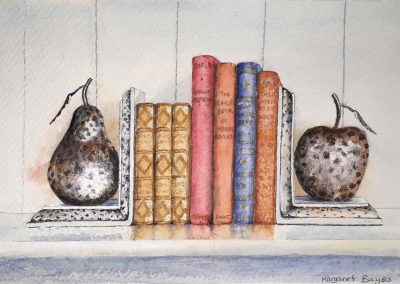 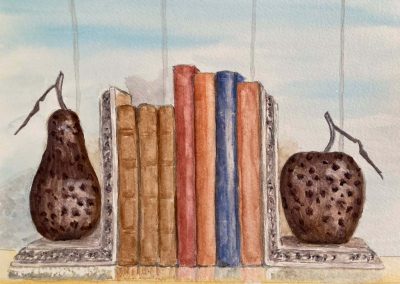 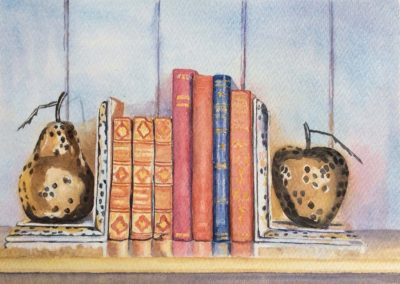 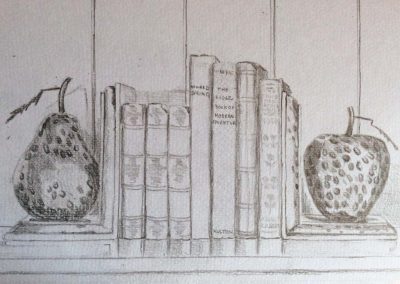 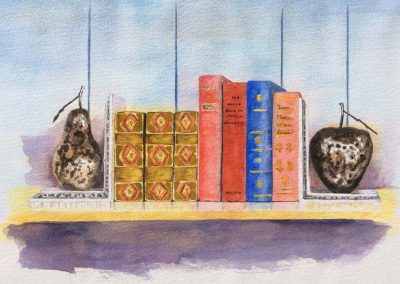 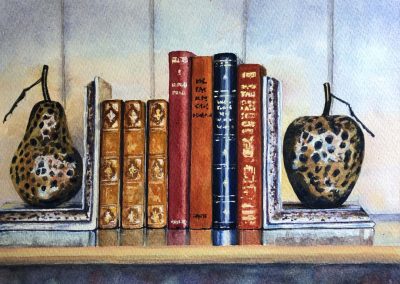 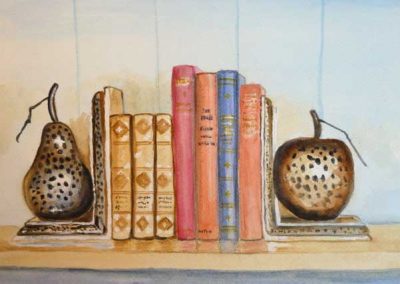 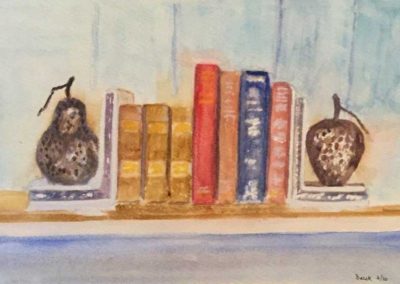 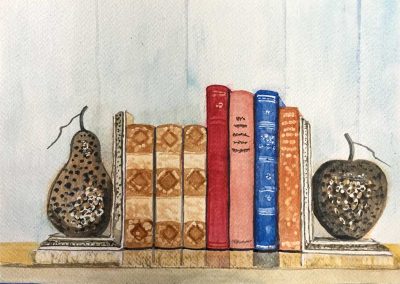 If you need some advice please do not hesitate to contact me, by filling out the form below:

This website uses cookies to improve your experience while you navigate through the website. Out of these cookies, the cookies that are categorized as necessary are stored on your browser as they are essential for the working of basic functionalities of the website. We also use third-party cookies that help us analyze and understand how you use this website. These cookies will be stored in your browser only with your consent. You also have the option to opt-out of these cookies. But opting out of some of these cookies may have an effect on your browsing experience.
Necessary Always Enabled
Necessary cookies are absolutely essential for the website to function properly. This category only includes cookies that ensures basic functionalities and security features of the website. These cookies do not store any personal information.
Non-necessary
Any cookies that may not be particularly necessary for the website to function and is used specifically to collect user personal data via analytics, ads, other embedded contents are termed as non-necessary cookies. It is mandatory to procure user consent prior to running these cookies on your website.
SAVE & ACCEPT